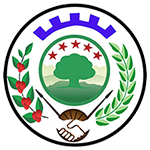 We, members of the Oromo Federalist Congress (OFC), approach the coming district and national elections animated by the prospect of democratization that the political gains and victories that the Oromo people have made possible. We are looking forward to the elections with hope that the long and arduous Oromo national struggle will produce tangible results for our nation: Hopeful times, thanks to the Oromo national struggle and our martyrs.
Twenty-five years ago, the fall of a military dictatorship granted us an opportunity to resolve our country’s longstanding problems of economic justice and the equality of the county’s nations and nationalities.  We crafted a constitution which promised to protect the democratic, civil and equality rights and the right of nations to self-rule as autonomous federal units. Unfortunately, the promise was immediately dashed as the Ethiopian People’s Revolutionary Democratic Forces (EPRDF)-led government betrayed its fidelity to the constitution and the federal arrangement, and concentrated political and economic power in the hands of a select few.

As we go into the coming elections, we are cognizant that too many Oromos don’t have full freedom to live and work (jiruu jireenya) and to be spared the depredations of the policies and practices an authoritarian government.  In general, we trust that the elections will inaugurate a new political dispensation genuinely to address the political, economic and security issues that have brought the country to the verge of state collapse and ultimately the disintegration of the country. Convinced that the ruling EPRDF’s ideology, governing practices and political machinations are responsible for the current national predicament, we ask the Ethiopian people to exercise their democratic rights to end the long nightmare of political disenfranchisement, economic deprivation, social inequality and security vulnerabilities that is known as EPDRF rule.

Oromo federalists believe in popular political participation, economic and legal equality, tolerance among people and unity of purpose of Ethiopia’s nations, nationalities and peoples. We reject the ideology of political centralism that concentrated power and paved the way for widespread abuse, rampant corruption and tragic conflicts pitting one group of Ethiopians against another. Our promise is a simple but powerful idea: we are stronger when we stand in solidarity against the excesses of EPRDF’s revolutionary democracy.

Oromo federalists promise an economy that grows incomes for all and distributes the benefits of growth broadly. We believe in inclusive, equitable, and sustainable economic growth, which improves life for all people work and play by the rules. And we can have more economic fairness, so we can create more robust purchasing power and an economy that attracts sustained investment. We believe in an economic philosophy that uses our national resources to generate long-term and stable growth over short-term profit-seeking, rewards the common interest over self-interest, and promotes innovation and entrepreneurship over profligate consumption.

We believe a good education is a basic right of all citizens, regardless of birth place, linguistic group or gender. It is our firm belief that education is critical to creating a middle income society that can be a guarantor an enduring democratic society.

We firmly believe that the corruption, impunity, and illegal behavior at all levels of government must be brought to an end. Corrupt officials must never again be allowed to live opulently while the toiling masses eke out a miserable existence.

We believe that we, as country, are stronger when we protect citizens’ right to live in peace. Sustained peace results from economic fairness, democratic participation and state-society relationship that is based on justice.

Above all, we are the party of tolerance and understanding and solidarity of the nations, nationalities and peoples of Ethiopia. We know that diversity is our strength. As democratic federalists, we respect differences of perspective and belief, and pledge to work together to move this country forward, even when we disagree. With this platform, we do not merely seek common ground—we strive to reach higher plateau of politics and prosperity.

We are proud of our heritage as a multinational country. We know and respect the right of Ethiopians to live work and travel anywhere in the country.

Our philosophy and principles stand in sharp contrast to the EPRDF, which has used government power to enrich a handful of bureaucrats and their consigliere.

This election is about more than the ruling party or the political opposition. It is about who we are as a country, and who we will be in the future.

Get Off the Sidelines!

Be a part of the movement and participate in building a better future for our country! Join this historical campaign and stand up for the values that make our country great. Make a difference.